Genie Bouchard Setting the Record Straight About Her ‘Photoshoots’

Canadian tennis ace Eugenie Bouchard has criticized any notion that she’s more concerned about posting modelling pictures to her Instagram following than getting on with her sporting career.

Bouchard  takes to the Wimbledon courts next week.

She has racked up career prize money in excess of $6 million, and reached a career high of fifth in the world five years ago.

But since then she’s struggled with injury, dropping out of the world’s top 100 in 2018. 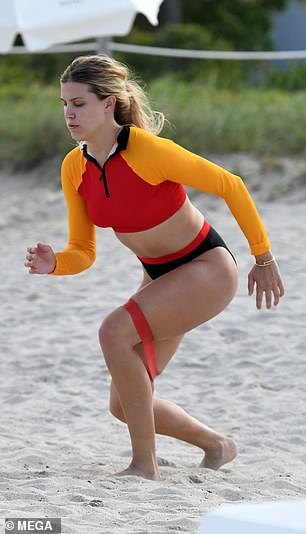 “I wouldn’t say I do a lot [of photoshoots], I think that’s a big misconception,” she said.

“But I do some here and there when it fits with my schedule. I enjoy dabbling in different industries, meeting successful people in other walks of life, not just in tennis.

“It’s more of a creative area, it’s new to me and interesting, so I do enjoy it. But it’s work as well.

“That’s one of the things people think about me. I’m not bothered by it, but I am putting the facts straight. I cannot even remember the last time I did a photoshoot,” the Canadian ace added.

We can’t say we’re upset that Genie focuses more on her IG game than her tennis game.

Why can’t she be great at both?

It just so happens her Tennis game is a far 2nd behind her Social Media game.

Check out more pics of Genie below: