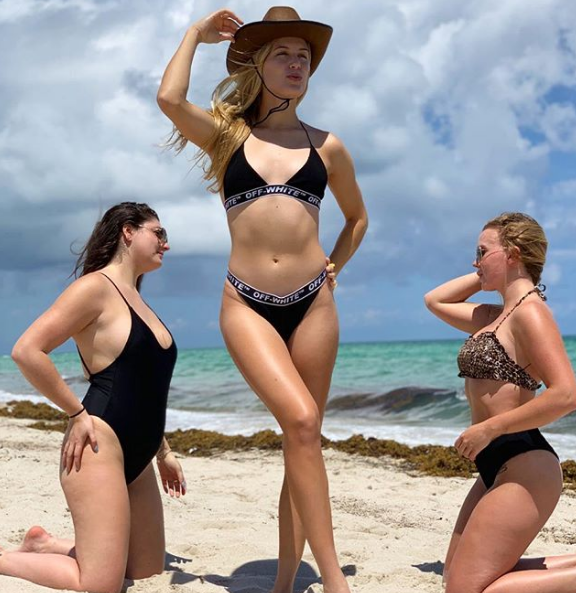 Canadian tennis player Genie Bouchard is apparently still in touch with John Goehrke, the guy who with the help of the Patriots Super Bowl comeback victory briefly dated her.

Although he doesn’t appear to be picking up when she Facetimes anymore.  Genie was recently spotted getting up close and personal with Hannah Jeter’s brother, which might explain why he ghosted her.

Genie has plenty of other options if John has decided to no longer answer her Facetime calls.  She’s had the likes of OBJ and Noah Syndergaard shoot their shot on social media.

Flip the Page to see Genie get ghosted: