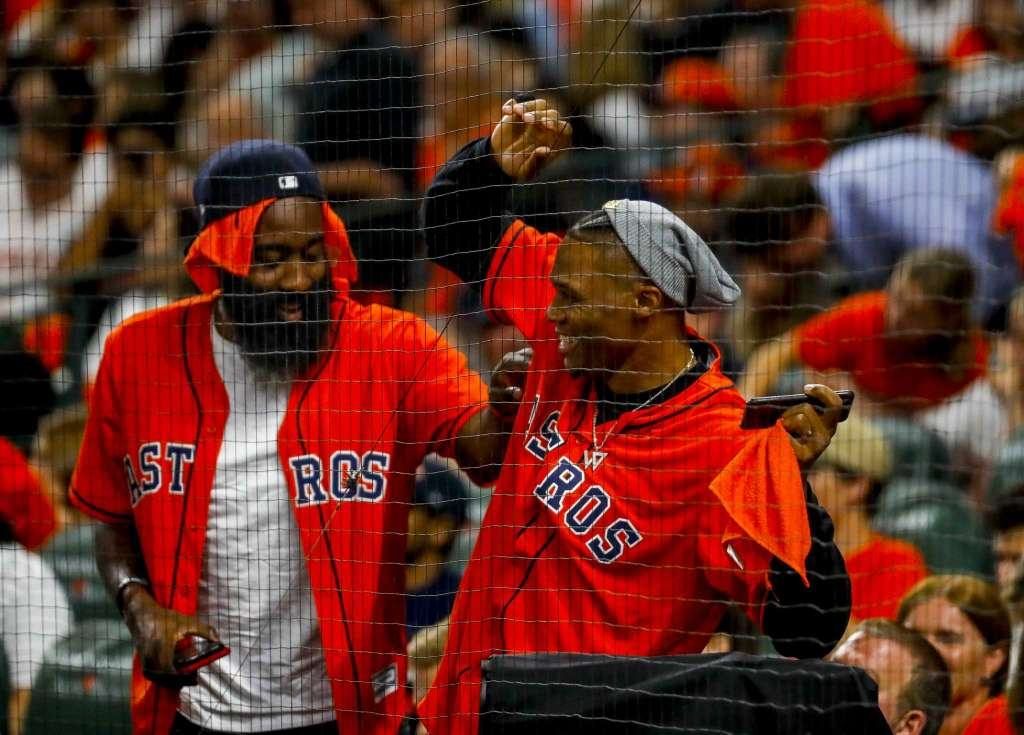 However, on Saturday night, she was joined by Rockets stars James Harden and Russell Westbrook as well as Rockets owner Tilman Fertitta and son Patrick Fertitta behind home plate at Game 6 of the Astros-Yankees Championship Series.

The Rockets contingent wasn’t sitting with Upton, but they did briefly chat between innings.

Harden and Westbrook appear to have caught Astros fever as they both were wearing orange Astros jerseys with their names and numbers on the back.

They both also were caught several times waving their towels along with the crowd during big moments in the game.

The Rockets open the regular season Thursday night against the Bucks at Toyota Center.

Kate will next be seen in the Swimsuit Issue.

Check out last year’s pics of Kate below: