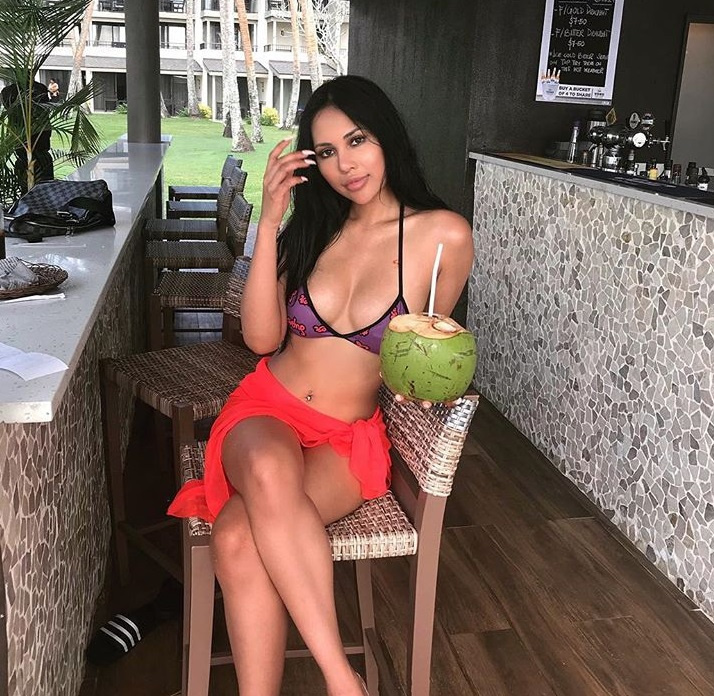 We broke the story that Kyle Kuzma and Nicole Shiraz were an item after spotting them hanging out together in Australia at the end of the summer.  The young Lakers star was seen handing her tickets to a Team USA game, and the two then enjoyed a night out on town afterwards.

Fast forward to November and the first few weeks on the NBA season and guess who is spotted courtside at a Lakers game, Nicole Shiraz.  And by courtside we mean right next to the Lakers bench.

According to our source, the two ended their brief relationship sometime after having some fun down under, but they have recently been talking again.  Showing up courtside for a Lakers game seems to confirm that.

Flip the Page to see Shiraz’s view of the game: