Dancing with the Star is supposed to be a family friendly  show. 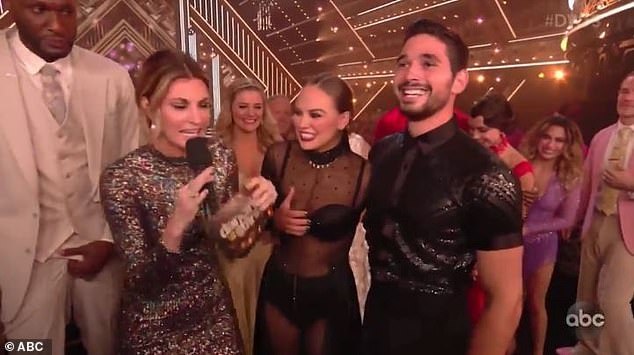 But Dancing With The Stars viewers got an unexpected eyeful on Monday night, when Lamar Odom readjusted his junk live on television.

Standing alongside Erin Andrews as she interviewed Hannah Brown after The Bachelorette danced the paso doble, the former NBA star casually reached down to reorganize his manhood.

Later in the show Lamar and his dancing partner Peta Murgatroyd were voted off the dancing show after falling in the bottom two.

RELATED:  Lamar Odom Doubles Down on Pledge to Give up Pornography

And the former Los Angeles took the elimination in his stride as he said he was ‘lucky to be walking and talking’ after overdosing in a Nevada brothel four years before, and slipping into a four day coma.

Flip the Page to see Lamar play with his Junk and more: