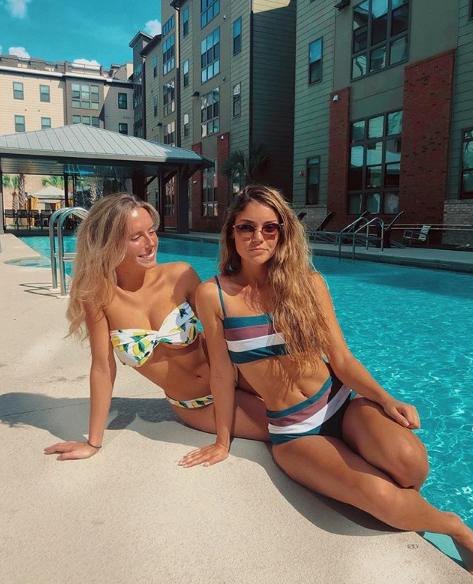 Mitchell Trubisky and the Bears crushed the Cowboys on Thursday Night Football.  Dallas scored 17 points in the 4th quarter to make it appear as if it was a close game, but it wasn’t.

The Bears were led by Trubisky’s 244 yards and three touchdowns passing.  He added 63 yards and a score with his legs for an all around impressive performance.

The Bears are going to need three more performances like this from Mitch.  On hand for the big game was his girlfriend Hillary Gallagher.

After the game she congratulated him on the big win.