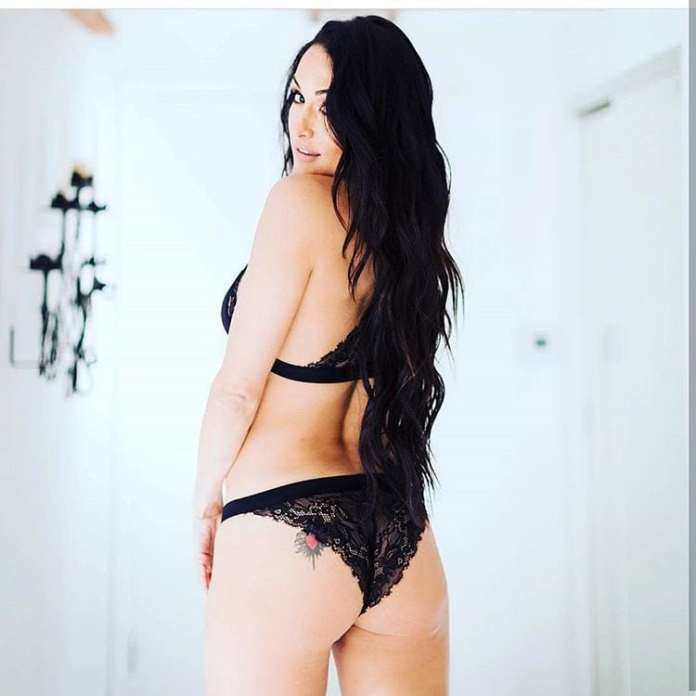 ◄121920212223►
During a recent appearance on A Little Late With Lily Singh, the two sisters told a story about how one time their younger brother got a bit of shock when he did a favor for Nikki (see her hot shots above).

During a trip to her house to pick up her birth certificate, J.J opened up a drawer and found a bunch of her sex toys on top of the the document.

RELATED: Nikki Bella on Sex with Artem Chigvintsev “The Best I’ve Ever Had”

Nikki went on to confess that she had forgotten she had put the birth certificate under the toys but added that she did it because ‘no one was going to dig under my sex toys’ if they were thinking of robbing her.

Flip the Page to Hear the Story: