As the Milwaukee Bucks take on the Boston Celtics in Game 5 of the NBA Playoffs, the real story took place in the stands.

In attendance for the pivotal game in the series, Green Bay Packers Quarterback Aaron Rodgers sat courtside with his girlfriend and former NASCAR driver Danica Patrick. 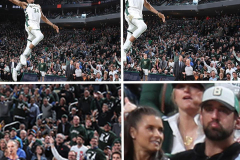 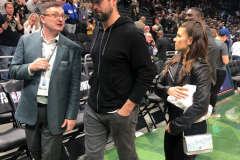 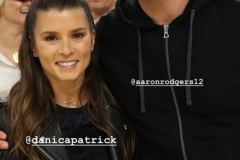 There was also other famous athletes in attendance.

Former Wisconsin Badgers standout running back Ron Dayne was also in the stands and a handful of Brewers stars were in a suite including Christian Yelich and Ryan Braun.

Thanks to the @Brewers for coming out to cheer the deer!!#ThisIsMyCrew | #FearTheDeer pic.twitter.com/Z29JJ7tKwC

It could be the Bucks year.

The star power is very telling.