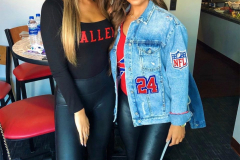 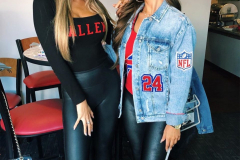 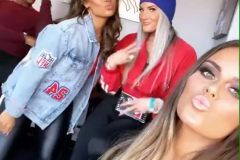 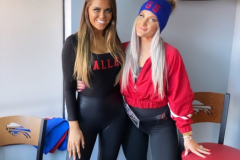 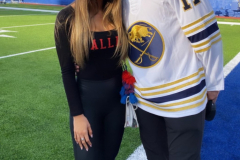 The Bills stumbled out of the gates at home on Sunday against the winless Dolphins and needed a strong 4th quarter to survive.  In the end Buffalo won the game by 10.

Quarterback Josh Allen’s girlfriend, Brittany Williams, never lost hope.  She kept her spirits high throughout the game checking in with a big smile and leather pants on.

The win didn’t go as planned, but the Bills are now 5-1 on the season, which is good enough for the second best record in the AFC.  Who saw this coming this season from Buffalo?

Brittany probably did, but not many else.  See more of the fan favorite and girlfriend of the quarterback below: