Championship League Match Streaker Got Busted in Brazil Before Another Streak

Champions League pitch invader Kinsey Wolanski has shared the details of her failed follow-up stunt at the Copa America, as she and her prankster boyfriend were jailed in Brazil.

The streaking blonde claims she and partner Vitaly Zdorovetskiy, a Russian-American YouTube star, plotted an invasion at Sunday’s Copa America final in Rio de Janiero, only to be foiled by security staff. Check out some of her pics and her outfit she planned to hit the field with below:

I’ll admit Copa America you definitely won but we had one hell of an adventure trying 😂 flew to brazil, dressed up in disguise, made it to our seats and it ended in Vitalys bad ass getting tackled by 20 security guards. We are out of jail and now enjoying our time in Brazil! 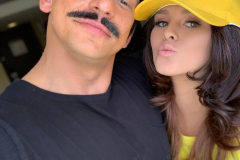 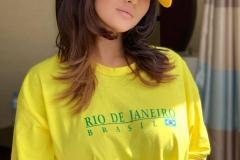 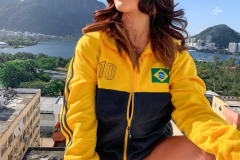 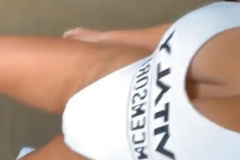 Looks like the security were on the lookout for them.

After her successful stunt at the Champions League final between Liverpool and Tottenham in June, Wolanski saw her social media following skyrocket by several million overnight.

She even got hit up on DM by soccer players.

It remains to be seen where her travels and publicity stunts will lead her next.

In the meantime check out all her pics below: