Lakers forward Kyle Kuzma and his Instagram model girlfriend, Katya Elise Henry, appear to have called it quits.  As recently as last month, things between the two appeared to be just fine.  Kuzma was sending her flowers and she was attending both road and home games.

We received a tip that Katya had recently deleted the picture she posted of herself in Kuzma’s jersey.  She also announced that she was off of her birth control because she was celibate. 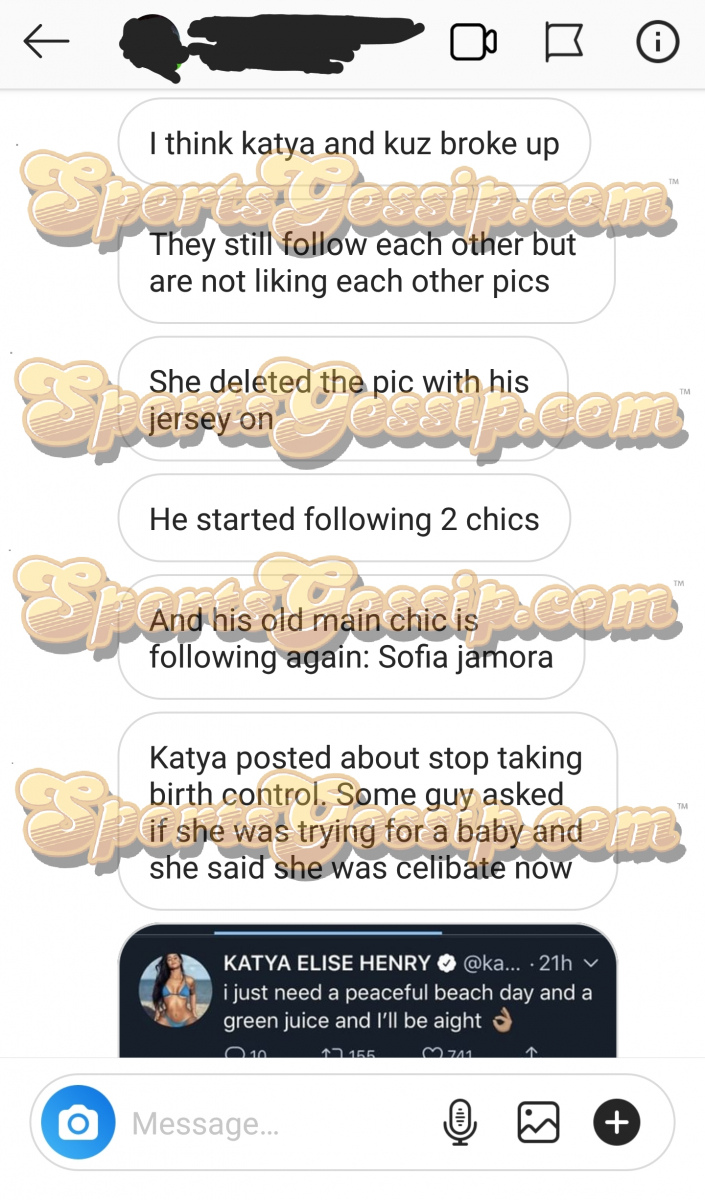 12►
Katya also dropped a hint about the breakup with her latest Instagram post.  She posted a picture of her famous backside and captioned it, “betchu wanna smack it again ayeee.”

We bet Kyle does too.  But he’s an NBA player, so it probably won’t take very long for him to land back on his feet.

Katya probably won’t remain on the market for very long either.  Exhibit A below: