Erin Andrews will be making an appearance on an upcoming episode of Kevin Hart’s sport talk show, “Cold as Balls.”  The FOX NFL sideline reporter shared a behind the scenes look at the taping of her episode.

Andrews claims in her caption of the behind the scenes look that the two went all the way in the ice baths. 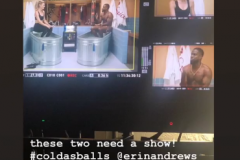 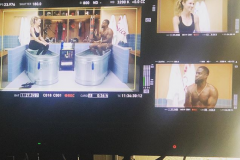 The two apparently have very good chemistry, as it was suggested in one of the IG stories that they get their own show.  Maybe Hart could bring her on as a co-host on “Cold as Balls.”  Andrews would definitely provide a nice bump in viewership if that happened.

See more of Andrews below: