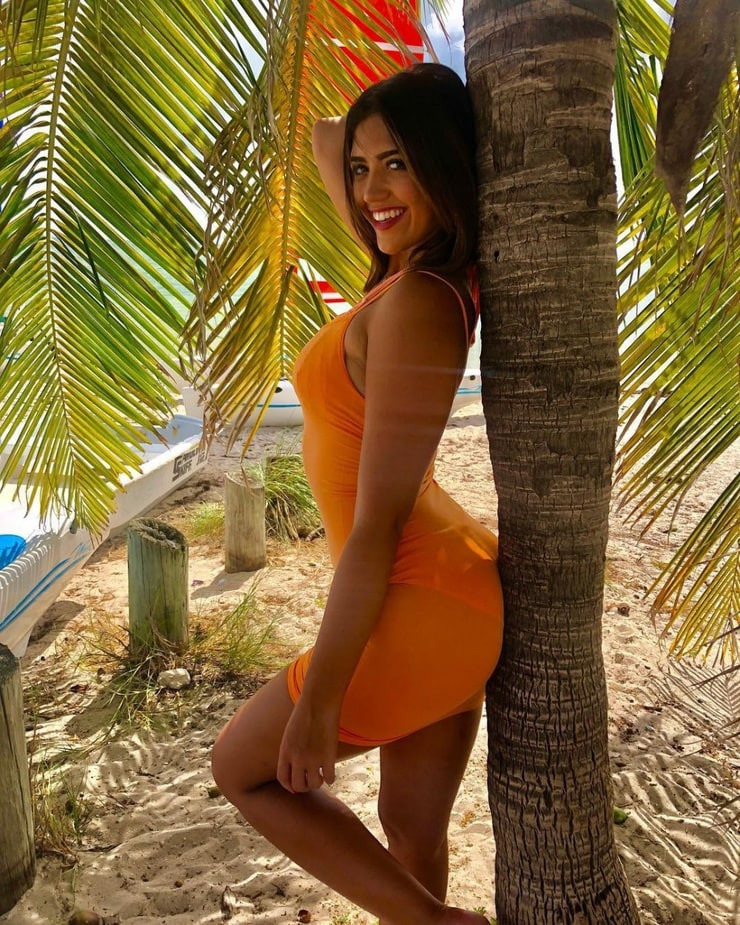 The Jets drafted quarterback James Morgan in the fourth-round of the NFL Draft last week.  He played his College Football at Bowling Green before transferring to Florida International.

FIU also happens to be where he met a fellow athlete and now his girlfriend Hannah Leiner.  She’s a smoking hot Instagram golfer who was first introduced to us by Busted Coverage back when she was golfing at FIU.

Leiner was with Morgan on draft day when he found out his life was forever changed and he would now be an NFL quarterback.  She shared a few pictures congratulating him on his big day.