After his highly publicized split with Nikki Bella, things seem to be getting serious for the WWE star.

The WWE star sparked romance rumors when he was recently spotted holding hands with a mystery woman in Vancouver.

Cena and Shay were then spotted on a romantic date in San Diego earlier this week.

Now things are really heating up, as Cena was spotted dropping off Shay at the airport.

Check out the pics below: 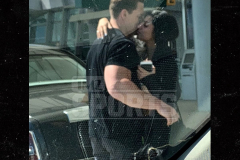 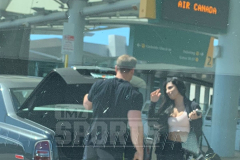 As if you needed any more proof John Cena and Shay Shariatzade are “official” — here’s Cena DROPPING HER OFF AT THE AIRPORT … and even giving her a kiss goodbye!

An eagle-eyed traveler spotted the WWE superstar at the San Diego Airport on Wednesday — sharing a kiss and loving embrace with his rumored girlfriend before she caught a flight back home to Canada.

But, c’mon — look at these two!!! They’re definitely serious now!!!

Nothing says I’m in a committed relationship than an airport drop off.  Nice work Cena.

Check out more pics of Cena’s new girlfriend below: