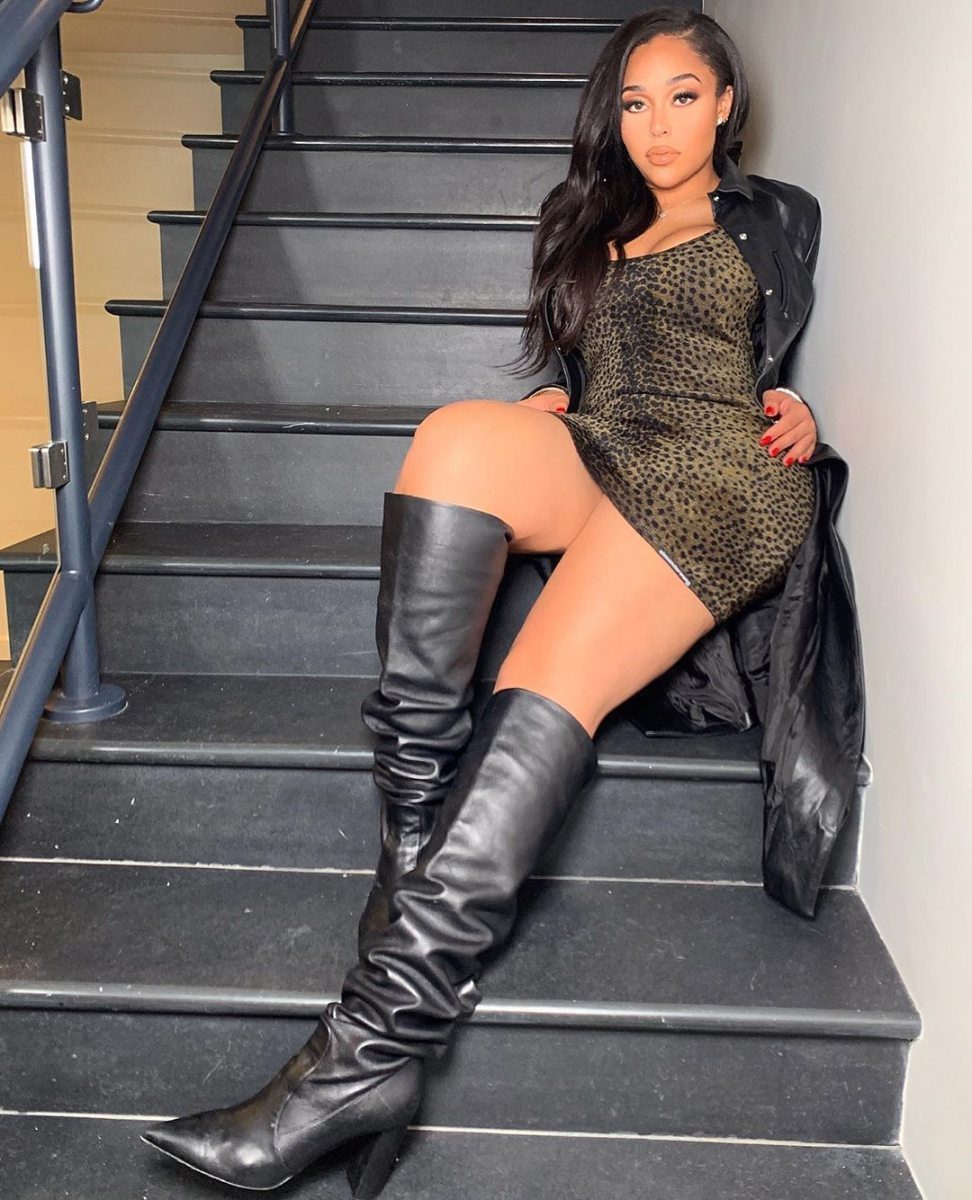 The social media darling was showing off her figure in a skimpy one-piece bathing suit with a zebra print after losing 50lbs in 2018.

This comes almost one year after the former pal of Kylie Jenner locked lips with Khloe Kardashian’s beau Tristan Thompson.

The incident happened at a house party in late January but was not reported until the following month.

Khloe, who shares one-year-old daughter True with Tristan, left the NBA star after he kissed Jordyn at a party the weekend after Valentine’s Day.

Jordyn had gotten a break modeling for Khloe’s fashion line Good American and was best friend’s with the reality star’s half-sister Kylie Jenner.

Despite admitting the kiss, Jordyn has insisted she did not sleep with Tristan, and appearing on her family friend Jada Pinkett Smith’s show Red Table Talk, the model underwent a two-hour lie detector process to make her sex denial.

Flip the Pages to see the Sexy Pics: