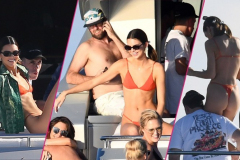 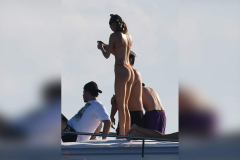 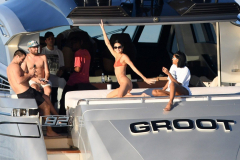 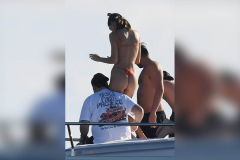 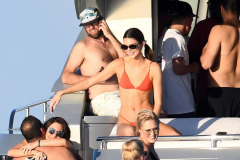 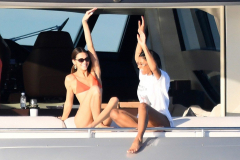 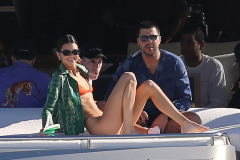 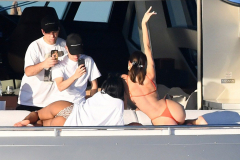 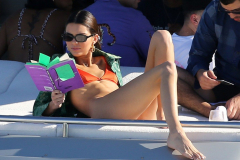 Kendall Jenner was enjoying the hot Miami sun over the weekend (Pics above).

The model was spotted rocking a dark orange bikini while relaxing on a yacht but soon, she stripped down to just her bra.

The reality star was in the sunny city for Art Basel weekend.

During her time there, she showed off her skills as a DJ and partied with Leonardo diCaprio and gal pal Bella Hadid.

And by the end of the weekend she was spotted in Philadelphia.

And guess who she was with?

Our sources tell us Kendall was back with Ben.

She was spotted in Philadelphia with the Sixers star.

Kendall was at the game, and then later identified at Ben’s place.

Flip the Pages to see all the receipts: