Golden State Warriors splash brother Klay Thompson is going about his business as he recovers from an ACL injury.

Klay was with his girlfriend Laura Harrier at the Moscone Center in San Francisco. 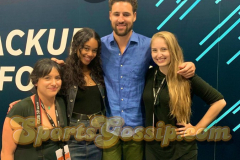 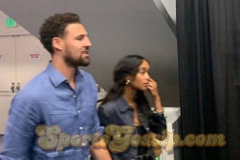 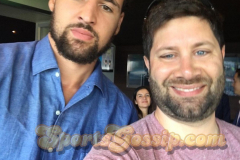 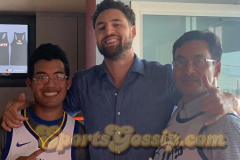 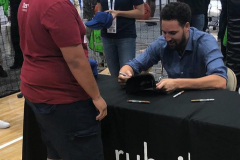 Klay was at a booth for VMworld US 2019, where he hosted a free-throw fundraiser.

Every shot made from the “charity stripe” resulted in a donation from Rubrik to Klay’s foundation.

Laura Harrier Returns the Favor and Posts a Picture of Klay Thompson on IG https://t.co/95ajwKNNkc

Looks like someone finally got Klay to settle down.

Flip the Page to see some Video of Klay and Laura at the event: