Klay Thompson has been keeping himself busy off of the court this postseason.  The Warriors guard was spotted on a date with actress Eiza Gonzalez just a couple of weeks after he attended a Giants game with his actress girlfriend Laura Harrier.

Thompson had apparently been up to his old tricks and Harrier called him out for doing her dirty shortly after his date with Gonzalez.  He’s doesn’t appear ready to give up on a relationship with Harrier just yet and has been recently liking her posts on Instagram. 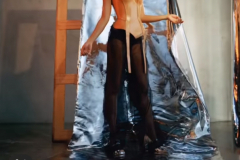 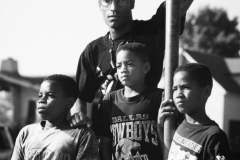 It’s an interesting move on Klay’s part.  It suggests he’s still into Laura and is doing whatever he can to try and get her attention.  While he may have done her dirty, she hasn’t blocked him on social media which does leave the door open for DM sliding.

Take a look a look both of his most recent women below: