We told you over the weekend that Lonzo Ball had moved on with a new woman, Ally Rossel.  She has been spotted multiple times recently hanging out with the new Pelicans guard, including his farewell party over the weekend (he’s trying to hide his face sitting next to her.) 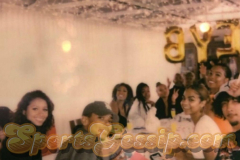 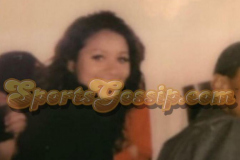 According to our source, Ally is the sister of one of Lonzo’s former side chicks, Courtney Conejo.  The source also claims that Lonzo did cheat on Denise Garcia with Ally as well.

“He cheated on Denise with her and that’s why they broke up. They were seen together in Vegas and LA. Her sister Courtney is the one that made threats and posted Denise’s address online previously.”

Lonzo apparently likes to keep it in the family.  We would assume if this relationship with Ally lasts, then she’ll make some appearances down in New Orleans.