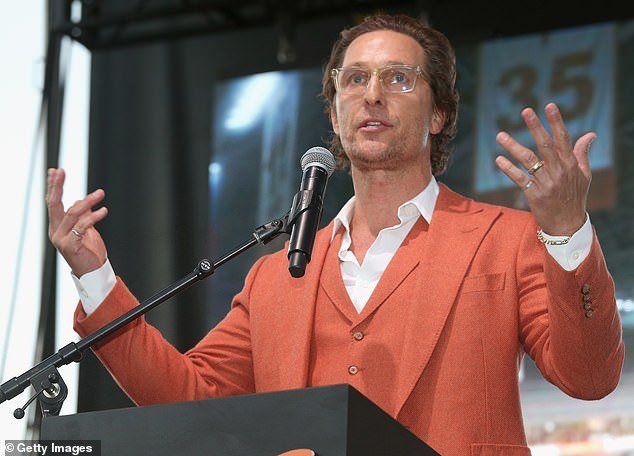 Matthew McConaughey has long been a Longhorns fan, since his days as a student at University of Texas at Austin.

The Oscar winner became the school’s minister of culture in January, upon investing in their new Moody Center.

He served Longhorn pride in the school’s colors Wednesday with wife Camila Alves at the groundbreaking for the basketball arena and events venue.

He was joined by men’s basketball coach Shaka Smart in breaking ground at the ceremony.

In addition to his role as minister of culture, McConaughey was named a professor of practice at the Moody College of Communication in August.

Flip the Page to see what the new stadium will look like and more: