The Yankees completed their ALDS sweep of the Twins on Monday night in Minnesota.  Yankees players had a pretty good idea that they were going to end the series on the road and several brought their wives and girlfriends with them to celebrate.

Not only did Samantha hangout with Giancarlo Stanton’s girlfriend Chase Carter, thanks to the many tips we received, we know she also enjoyed a few adult beverages and broke out the splits.

RELATED: Does Aaron Judge Have a Wandering Eye?

And by the looks of it, the splits are her go to move and one that Judge is proud of.  The drinks and the splits started during the game. 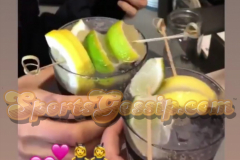 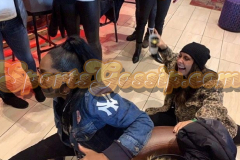 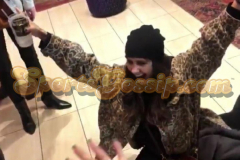 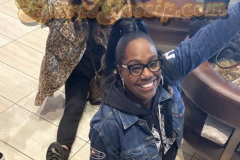 The drinks and splits continued at the after party where Judge shows just how proud he is of his girlfriend’s ability to do the splits.

Flip the Page to see Judge enjoy his girlfriend doing the splits: