Kevin Spacey stepped out for dinner in Belgrade on Tuesday, three months after a Massachusetts prosecutor dropped a groping case against him.

The actor was spotted at tennis player Novak Djokovic’s restaurant Novak1 in Serbia’s capital city, two months after breaking cover for the first time in two years to give a surprise poetry reading at the art museum in Rome.

Spacey, wearing a futuristic green jacket, powder blue shirt, jeans and leather shoes as he stepped out for dinner, was joined by two male companions. 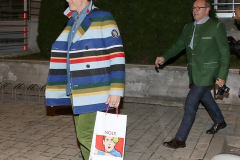 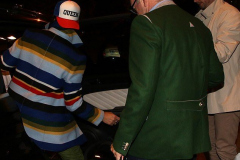 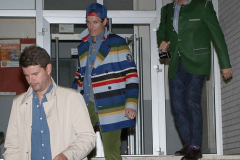 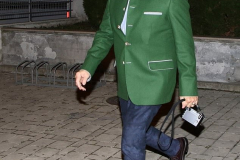 The American Beauty actor is still being investigated in London and Los Angeles over several sexual assault allegations and faces a federal lawsuit alleging he assaulted a massage therapist.

Novak’s restaurant’s IG page even posted a pic of Spacey dining in the restaurant.