After images appeared online Wednesday showing Carmelo Anthony on a yacht in the South of France with a beautiful woman, bloggers claimed that the ex-Knicks star might be cheating on wife La La Anthony. 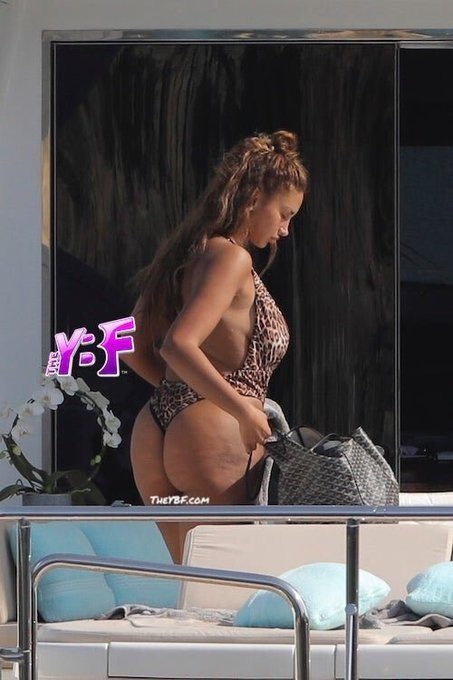 12345►
Carmelo said that the “other woman” was actually on the yacht with her husband and that they were all on a business retreat.

According to Hip Hop Vibe:

According to our  source, the woman that was seen on the yacht with Carmelo, is Sara Smiri, and she is NOT married.

A woman that claims to know her personally, DM’d me and confirmed that the woman was not married, but divorced. She also said that she has a child. The source has asked to remain anonymous.

Lala posted and deleted a sad face and broken heart emoji last night. As for Carmelo, he should’ve known that lie wasn’t going to cut it.

Another L for Carmelo. He should be making headlines about a comeback, instead we get this.

La La and Carmelo have been married since 2010 and have a 12-year-old son Kiyan.

Check out some pics of Melo’s mystery girl below: