Conor McGregor Preparing for the Octagon as Training Footage Surfaces

Irish MMA superstar Conor McGregor is openly preparing for a return to the Octagon, as the fighter has begun training at the SBG Naas facility

McGregor, who announced his retirement over a month ago, has a meeting set with Dana White for a return, and in new footage released to TMZ has returned to train at the facility that he’s spent his pro career preparing in.

In the footage above, you see McGregor training with BJJ black belt, Hans Molenkamp, who also owns the MMA equipment brand Triumph United.

Per a source to TMZ, McGregor is focused and ready to return, saying to the gossip site:

“He’s ready to fight now. He’s in training. Everything needs to line up correctly … opponent, place and of course, money.”

He’s doing everything he can behind the scenes to  line up the biggest possible payday.

You can check out his sparring session pics below: 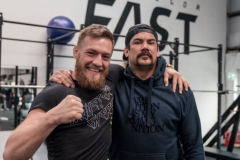 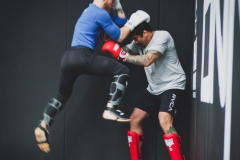 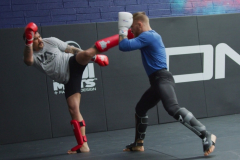 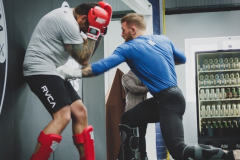