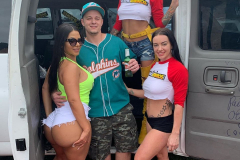 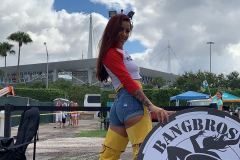 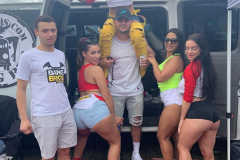 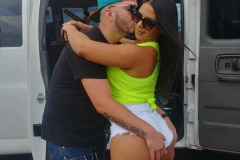 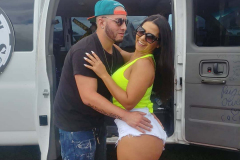 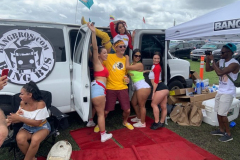 The Dolphins have quickly emerged as a rival to the Bills as the greatest tailgate destination in the NFL.

From outdoor strip clubs, to women stripping on poles attached in the beds of trucks, we now have this.

Popular pornography company Bang Bros brough out their infamous Bang Bus to the tailgate (SEE PICS ABOVE) Sunday before the Dolphins took on the Redskins.

The Bang Bros Brought the Bang Bus to the “Suck Bowl” Between the Redskins and Dolphins https://t.co/t4KrSIiOIu

Now we have some footage from inside Hard Rock Stadium.

And one Dolphins fan was not enjoying the view.