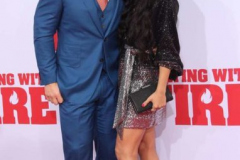 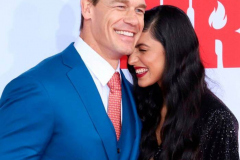 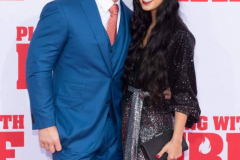 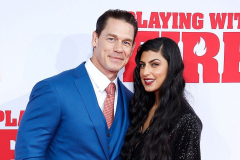 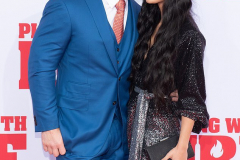 John Cena has taken his relationship to the next level!

The actor made his red carpet debut with girlfriend Shay Shariatzadeh at the New York City premiere of his film “Playing With Fire.”

The couple put their love on display at the event as they walked arm in arm and posed for photos together.

The pair sparked romance rumors back in March 2019 after they were spotted getting cozy on an intimate date.

Flip the Page to see Video of Cena on the Red Carpet and  More of his New Girlfriend: