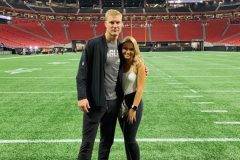 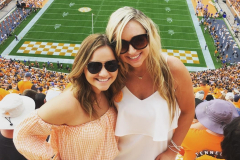 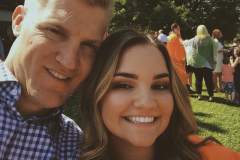 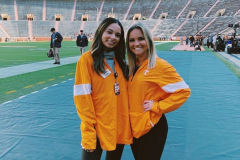 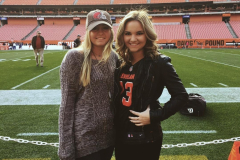 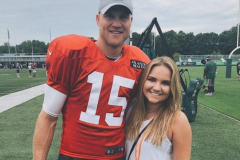 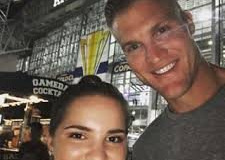 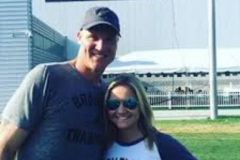 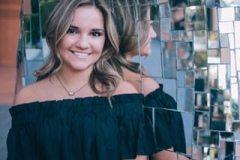 Josh McCown played in his first playoff game last weekend after Carson Wentz went down with an injury.  The 40-year-old, who was all set to retire prior to the season, was 18-of-24 for 174 yards during the loss to the Seahawks.

McCown’s 21-year-old daughter Bridget was in attendance for her father’s first playoff game appearance.  She was also there with her college football player boyfriend.

Flip the Page to see McCown’s daughter and her boyfriend: