This was a big weekend for star crossed lovers Ben Simmons and Kendall Jenner.

The estranged couple went their separate ways this weekend.

Philadelphia Sixers star Ben Simmons was spotted out and about at 1am on Friday night in Toronto.  He had a big game on Saturday against the Raptors.

Meanwhile, Kendall Jenner was spotted at Craig’s restaurant in Los Angeles, possibly involved in a secret rendezvous with her ex Blake Griffin.

Now we have some confirmation Kendall and Blake were indeed hanging out together.

The former couple was even spotted at the same table. 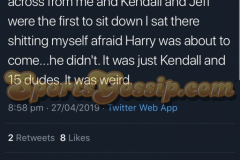 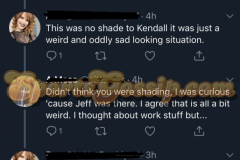 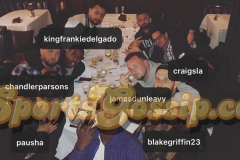 I’m sure Ben Simmons won’t be too pleased when he hears about Kendall spending time with her ex Blake Griffin.

There’s no confirmation anything romantic was going on at Craig’s, but what we do know is they were seen together at the very same table.

That alone makes you wonder.

The NBA Playoffs are really heating up!

Check out some hot shots of Kendall below: