Klay Thompson’s first public appearance post ACL surgery took place at a Ralph’s over the weekend.  The Warriors star was picking up some flowers with the help of a cane. 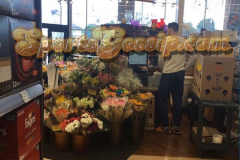 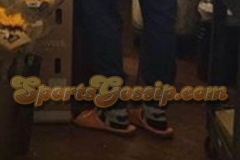 Was he picking up the flowers in another attempt to get back with Laura Harrier or are they for Eiza Gonzalez?

It is Klay, so it’s possible he’s up to his old tricks and the flowers could be for a completely new lady.

The good news is that Klay isn’t letting the injury slow him down.  Here’s a look at Eiza, we know she hopes they were for her.