Kyle Kuzma and Kendall Jenner Spotted Together at NYFW

Although they technically haven’t been confirmed as hooking up, the signs still point to something going on between the Lakers guard and the world’s highest paid supermodel.

Earlier this week it was revealed Kuzma was trying to get Kendall Jenner’s attention during Labor day.

Now another run in. 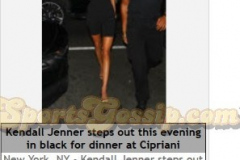 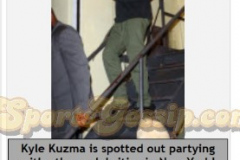 Kendall Jenner hasn’t walked a runway in quite some time, she still made time to catch some of the shows and parties.

She was spotted Thursday night holding hands with fellow model and pal Joan Smalls as they stepped out for dinner at Cipriani.

Kuzma was also seen talking with Kendall at Cipriani according to our source.

Kuz is all in on Fashion Week.

Flip the Pages to see Kuz getting stylish at NYFW: