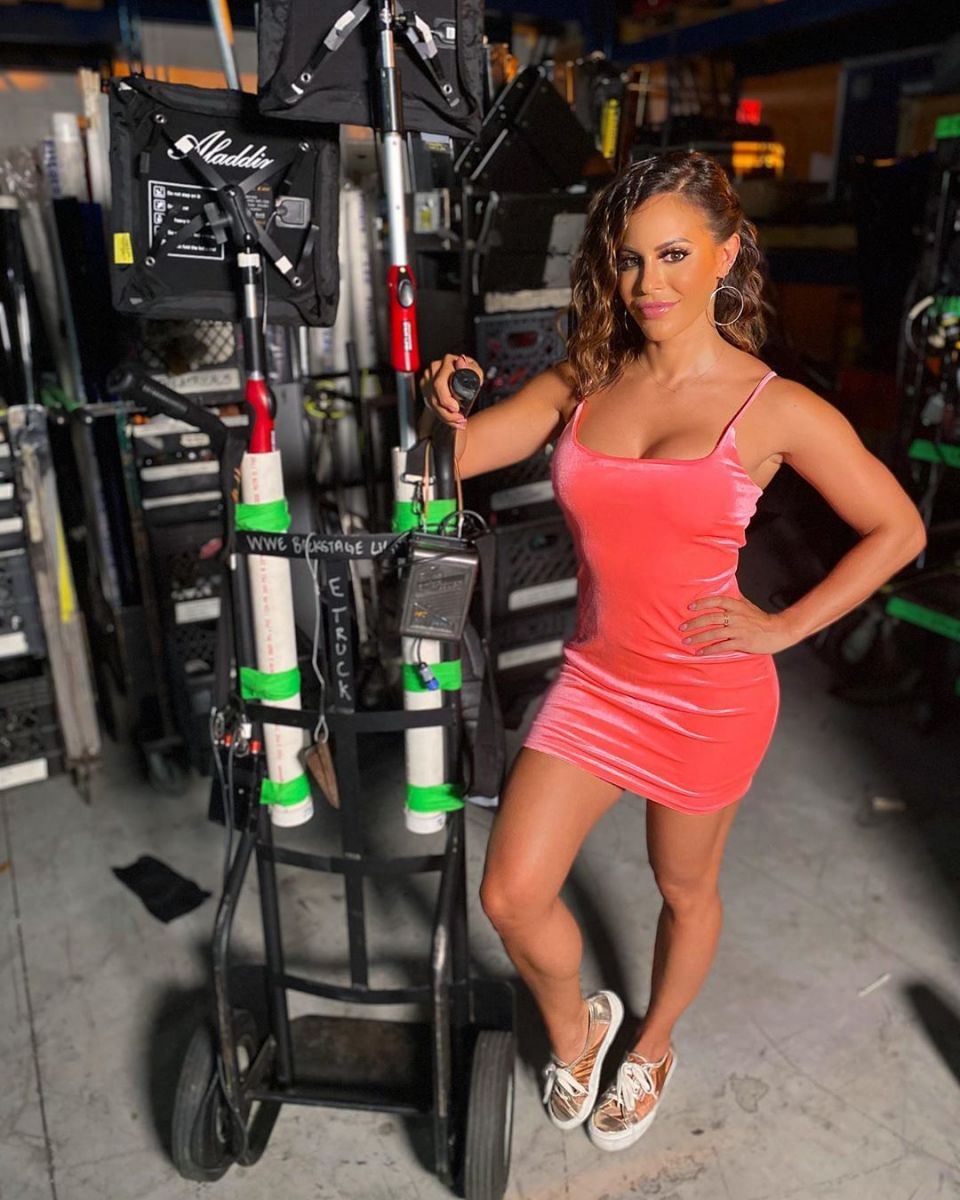 1234678►
With WWE currently one of the only forms of sports entertainment available on TV, WWE’s backstage reporter Charly Caruso is picking up fans with her combination of stunning looks and media savvy.

Caruso, real name Charly Arnolt, has more than 690,000 followers on Instagram, where her bio pretty much says it all.

Arnolt somehow manages to balance her life as backstage reporter for the WWE with her role as a presenter for ESPN, where she hosts hot-take discussion show First Take.

A longtime WWE fan, she was invited by a friend to a WWE SmackDown event and took the chance to hand WWE backstage execs her resume. Eventually, it paid off as she earned herself an audition that saw her land her current gig with the WWE.

Arnolt started out as a ring announcer for NXT, then transitioned to backstage reporter duties and eventually joined the WWE’s big brands, Raw and SmackDown.

Then, just as fans were falling in love with her as “Charly Caruso,” Arnolt revealed she was set to appear on ESPN, sparking fears that she would leave her legion of new fans behind. But she assured fans that she would be working for both brands, dubbing them a “killer combo!”

Flip  the Page to see some of her latest Posts: