Ric Flair Releases a Statement after Being Released from the Hospital

WWE legend Ric Flair was released from the hospital on Wednesday.  There have been conflicting reports surrounding the 70-year-old’s health in recent days and it’s unclear why he was in the hospital to begin with.

There were even rumors that Flair had died.  Those rumors were not true and the picture of the Nature Boy leaving the hospital in a wheelchair prove he’s still alive. 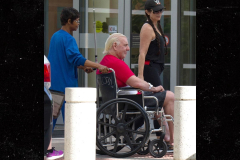 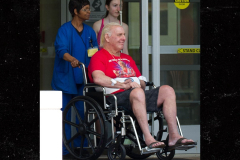 Flair took to Twitter and released a statement once he made it home.  He thanked the doctors at the hospital and his family, friends and fans.  Have no worries, he vowed to be back WOOOOOing in no time.

The Naitch Is Home!!! Thank You To All The Incredible Staff And Doctors At Gwinnett Medical Center Once Again! I Am So Thankful For All My Family, Friends, And Fans For All The Love. At This Time In My Life, I Never Take It For Granted. I Will Be Back Up And WOOOOOing In No Time! pic.twitter.com/yPKC7AKGoY

Nothing can’t beat the Nature Boy.  He’s here to stay and we’re all better because of it.