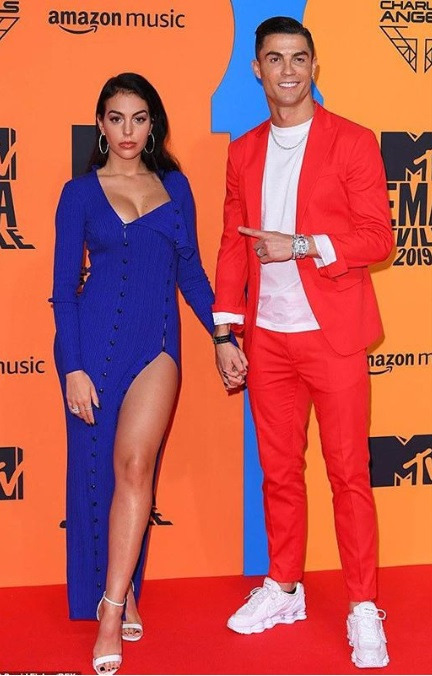 1234►
Portuguese football icon Cristiano Ronaldo and girlfriend Georgina Rodriguez stole the show at the MTV Europe Music Awards, becoming the most discussed guests at the glitzy event in Seville, Spain over the weekend.

Ronaldo was dressed in a bright scarlet suit and looked very happy to get the chance to pose with long-time girlfriend Rodriguez, who underlined her curvy figure with a tight-fitting dress.

The 25-year-old model chose a dark blue floor-length number with a bold thigh-high split which she proudly showed off to photogs.

The Juventus striker hugged Rodriguez, even putting his hand on her backside.

You can check out all the pics above.

And flip the page to see more of Ronaldo’s girl in action: