Terrelle Pryor Was All Smiles as He Left ICU, Says He Almost Died Twice 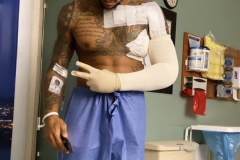 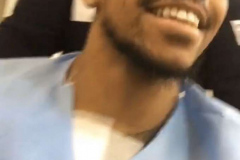 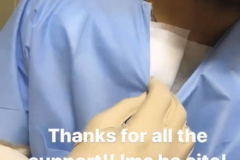 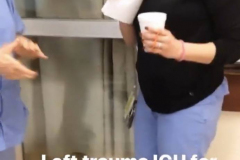 NFL free agent Terrelle Pryor was released from ICU on Tuesday.  While being discharged he decided to document the entire thing for social media.

Pryor also revealed that he coded twice after being stabbed by his girlfriend Shalaya Briston on Saturday.  He also shared a picture of his wrapped up injuries.

RELATED: Terrelle Pryor’s Girlfriend Was Smiling in Her Mug Shot After Being Arrested for Stabbing Him

Pryor was all smiles as he was being wheeled out of the hospital.  The smile might be quickly wiped off of his face as he reportedly has to take a mug shot following his release.