D’Angelo Russell has a new team and it appears as if he has a new woman in his life as well.  Back in March his now ex-girlfriend, Gabby Engersgaard, revealed that the couple had called it quits.

The new Warriors guard appears to be in a relationship with an IG model.  Her name is Tanya Fernandez.

The two follow each other and he commented on a picture she took with a trainer about the placement of the trainer’s hand.  See the receipts below: 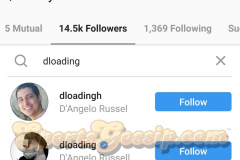 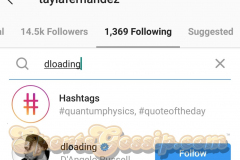 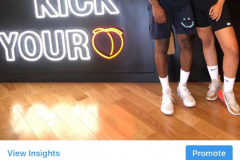 Russell must be trying to keep this relationship quiet, because he later deleted the comment.  But we have eyes everywhere and a source sent us a screenshot of it within a couple of hours of him leaving it on Tayla’s post.

RELATED: D’Angelo Russell was Busted at the Airport for Hiding Weed in an Arizona Iced Tea Can

We don’t know why Russell would want to keep the relationship under wraps, but it usually means the woman isn’t the only one.  See more of Tayla below and see if you can figure out why he’s not going public: