Celtics Jaylen Brown Shoots His Shot in the Comment Section, Gets Trolled by Another Commenter

The troll told Brown that he was shooting the wrong kind of shots, that Kyrie Irving was leaving the Celtics and he needed to be shooting his shots in the gym to get ready to miss the playoffs next year.  We have to admit a pretty solid troll job.

Brown fired back and completely ignored the fact that the woman he was shooting his shot with responded. 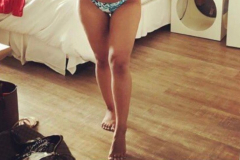 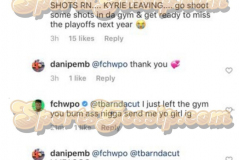 We’re going to guess that Brown eventually figured out that his shot was a successful one and he took things to the DMs, which was his initial plan all along.  See more of the woman who caught his eye below: