New details of what led up to David Ortiz’s shooting are still coming out.  The details continue to paint the picture of a murder for hire, stemming from an affair with a woman who is allegedly dating or married to a drug lord.

The woman allegedly at the center of the affair that led to the shooting is Maria Yeribell Martinez Garcia.  She has denied any involvement with Ortiz’s shooting and denies the two were having an affair.

Garcia issues these denials despite video of her fighting another woman in the hospital after the shooting surfaced on social media.  The other woman in the video has been identified as another one of Ortiz’s alleged mistresses, Fary Almanzar Fernandez.

The two are supposedly fighting because Fernandez was blaming the shooting on Garcia.  The reason she was placing the blame on her, is the Red Sox star allegedly paid for a Lexus for Garcia the day before the shooting.

A check for $84,500 as well as a sales agreement for a Lexus RX has appeared online and seems to backup those claims.

The check is signed by Ortiz  with “the vehicle purchase” in the memo line.  The sales agreement is dated June 8th and lists Garcia as the owner of an $84,500 vehicle. 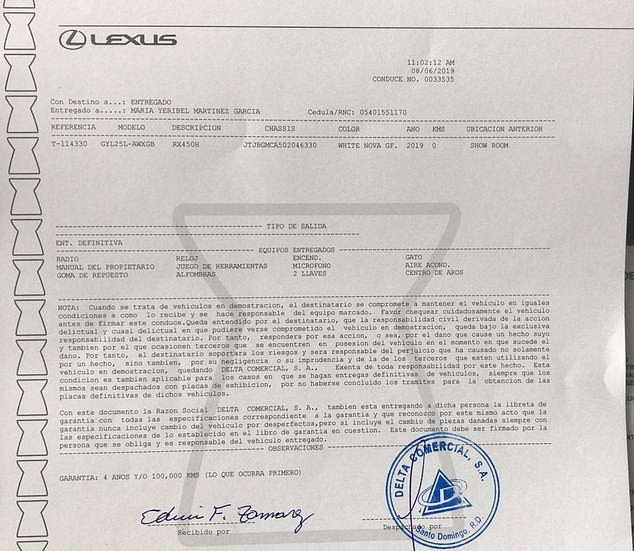 As much as they try to deny it, this is appears to be shaping up to be a murder for hire because of an extramarital affair, just as was reported shortly after the shooting.  The motive hasn’t officially been released, but we won’t be surprised at all if it points to just that.