Dwayne Haskins Reveals His First Big Purchase Since Being Drafted

Dwayne Haskins is now an NFL quarterback with an NFL contract and the former Ohio State star has made his first big purchase.

Haskins  revealed on his Instagram Story that he’s purchased a new car, customized with some personal logos.

Haskins got himself a brand-new Bentley.

The logo on the seat is Haskins’ personal clothing brand logo, “Kingdom of Pride.”

The car appeared to be purchased a day or so after Haskins officially signed his NFL rookie contract.

The Redskins’ quarterback then appeared at rookie minicamp on Friday. 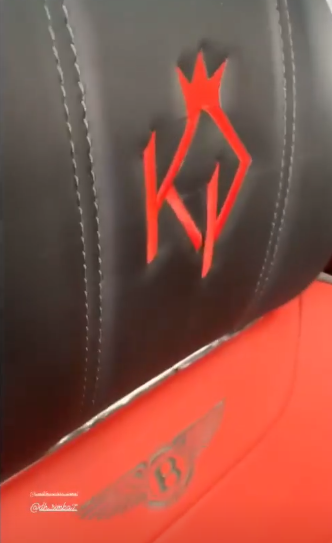 12►
Nothing quite like buying your first toy after your bank accounts gets a bunch of zeros.