On Tuesday we introduced you to Rockets guard Eric Gordon’s girlfriend Tiffany.  It turns out Gordon isn’t the only member of the Rockets she’s been in a relationship with.

According to our source, Tiffany is in the bottle service industry and often works James Harden’s table when he comes in.  The source also says she used to date another, unnamed, Rockets player.

The fact that she’s on Harden’s roster seems to be known in Houston.  She was called out on a recent live stream for her relationship with the Rockets star. 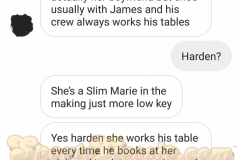 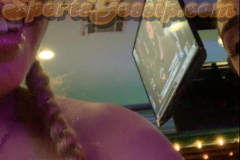 Nothing brings teammates together like sharing.  Although, we wouldn’t recommend going down this interesting path.

See more of Gordon’s girlfriend below: