Gronk hit up the New York Stock Exchange this week to talk about his new business and future plans. 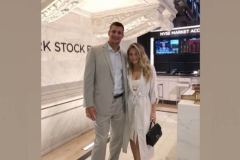 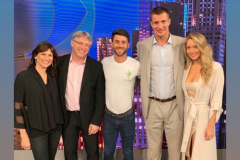 Gronkowski said his father introduced him to the cream, which aims to ease muscle pain.

Gronkowski retired earlier this year after a successful NFL career with the New England Patriots.

He remained coy when asked about a possible return to the NFL.

Flip the Page to Read Gronk’s stipulation on returning: