After the Sixers lost a devastating Game 7 against the Toronto Raptors, the boo birds came out in droves, squarely placing the blame and the loss, on Kendall Jenner.

Now it seems she was keeping an eye on Ben Simmons, as she was spotted watching the game.

The video is a little bit confusing, as she’s being very hysterical as the final seconds of the game unfolded.

But when the Sixers tied the game up, you can tell the group she’s watching with is going nuts.

So the two haven’t been spotted together for quite some time, and many Kendall  fans believe they’re broken up, but if this video is any indication of their status, looks like they’re still together. 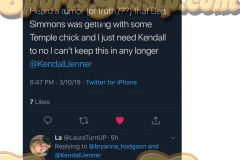 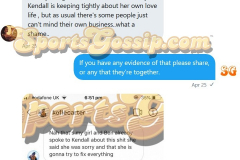 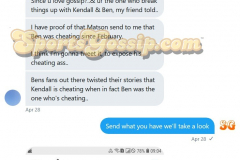 I would love to see Kendall’s reaction when Kawhi Leonard’s shot dropped.

Sixers fans might not be happy to learn that Kendall is unfortunately still lurking in the shadows.

Check out Kenny’s hottest pics below: