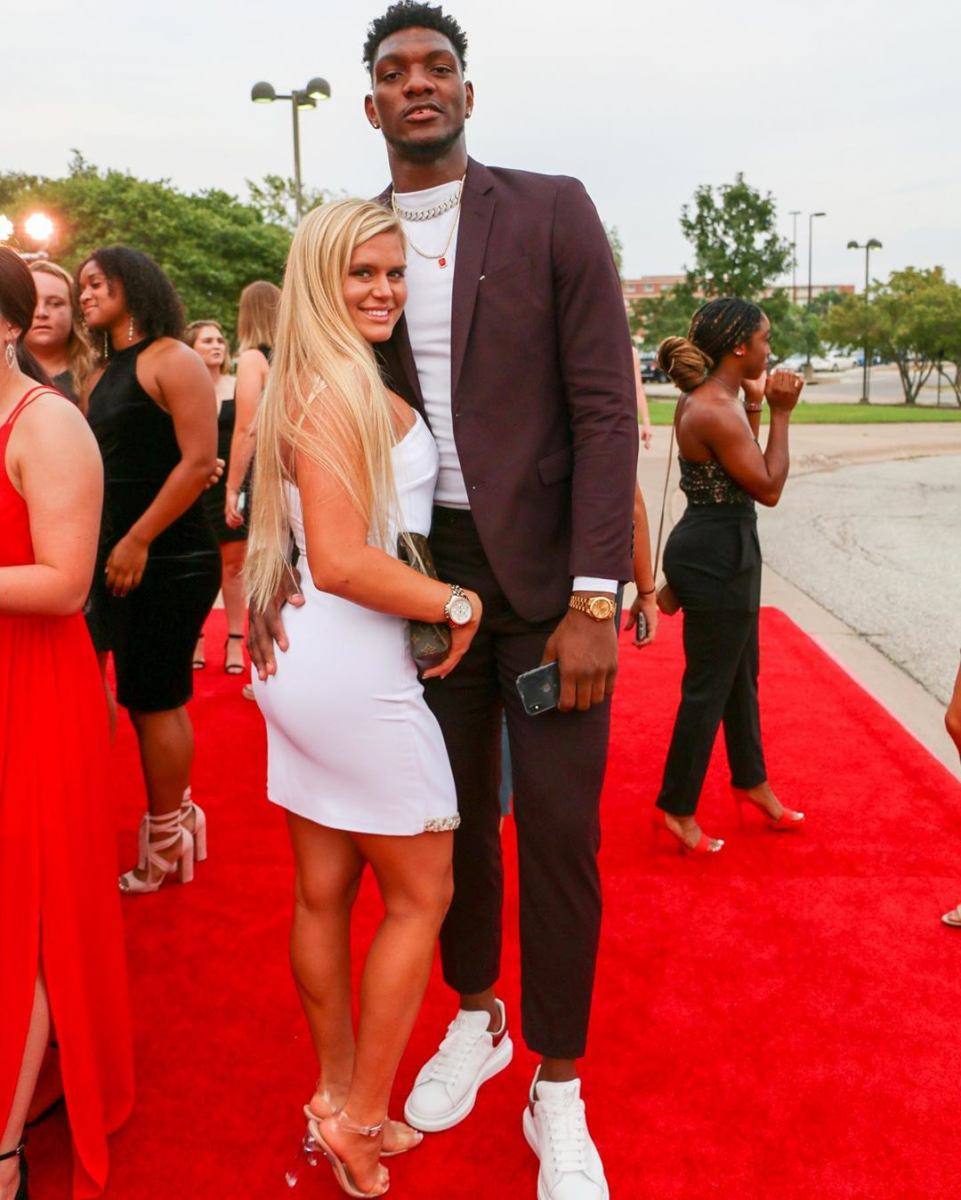 Kansas forward Silva De Sousa’s time in college has been marred by controversy.  His latest controversy took place during a brawl at the end of Kansas-Kansas State.

De Sousa was seen throwing several punches and holding a stool over his head during the brawl.  He was suspended for 12 games by the Big 12 for his role in the fight.

For as many mistakes as he’s made during his time in college, his choice in girlfriend isn’t one of them.  De Sousa is dating Kansas softball player Tarin Travieso.

As you can see above, things could be worse for De Sousa.  Even with his current on the court issues.